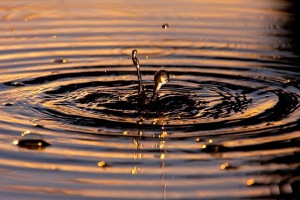 The new social media landscape full of hype flight and escape is trying to reshape or undrape our opinions through digital tape showing us the way we had better take. A step to the future where children are hugged not numbed out or drugged and people have trust our phones aren’t bugged but I think its too late…. We’re fucked because Atlas has shrugged.
We scream out political views whichever side we choose I hate him he hates you is that true or fake news. What we will lose? I mean how much abuse are we able to absorb? Seems We’re cruising to an apocalyptic bruising like pathetic losers. Constitutional misuse by abusers and willful accusers abusing the snoozers. Become a refuser.
Join the resistance be one of the rebels’ grab a handful of pebbles toss them in the sea until the ripple settles
And hope will be leveled, not disheveled or unsettled but real…
You think cause We’re all dopes if you post a slanted story it’ll dash our hopes down some slippery slopes in the hopes we believe you like you got us on the ropes but before you post another bullshit roast…….
…Look it up on Snopes

Live and Love in Peace