by J.T. Hilltop
The story I am about to tell is true, the names have been changed to protect the guilty
Prologue
The year 1971, the town Centerlawn, a thriving little Long Island community in the suburbs of New York City where four youths chose to show blatant disregard of the law and engage in the heinous crime of sharing a marijuana cigarette. In an attempt to prevent these youths from throwing their lives away down the illegal drug drain two police officers arrested the four miscreant hoodlum youths and took them to the precinct for some instant “wake the fuck up” real world advice dispensing. That’s how things rolled in 1971 suburbia.…

My name is JT Hilltop and I was one of those miscreant hoodlum youths who narrowly averted a lifetime of penal institutions for a taste of the forbidden fumes. We weren’t hardened criminals or anything, just a couple of teens out on the prowl hunting for some fun. Me and my three cohorts were typical suburban kids looking for some cheap kicks to break up the boredom of living in our mundane cookie cutter neighborhood. Our way of escaping the doldrums of our mind numbing existences was to engage in the mind altering practice of smoking anything containing THC. Opting to gamble our futures away for a few puffs on the magic dragon we engaged acts of refer madness that can only be described as….One helluva crazy fun time! This is our story:

In the end no real harm was done other than our parents finding out we smoked pot and Streak having to get a lawyer to go to court. Streak received an ACOD, adjourned in contemplation of dismissal, meaning if he got in no trouble for six months the charge and conviction were stricken from the records. Streak never really treated me or Monty the same, even after hearing that the cops tricked us by telling each of us the same thing about everyone else saying it was ours. I think he always had doubts. Jimbo and Streak however remained close friends, maybe Jimbo’s sound mind quality made him more believable. Time passed and life continued to happen. Jimbo and Streak eventually cut off all ties with me but I was leaving town soon anyway so I lost contact with pretty much all of my Centerlawn friends. Even now in the Facebook reunion age Jimbo wants no correspondence with me which is fine, some parts of our pasts are best left behind and forgotten. As for Monty, I went my way, Monty went his, I have no idea where or how he is but we parted as friends. I am certain of one thing though, if I were to somehow get in touch with Monty he and I would get a big laugh reminiscing over this tale and other assorted teen age escapapades we shared. Monty and I remained friends even after our being memorialized in the Long Islander newspaper Police Blotter section. Not like BFF best friends maybe but a friendship that traveled beyond schoolmate acquaintances. A friendship unchanged. As I stated, the bust have a lasting effect on the shattered friendships of my other two compadres. Once childhood friends now a casual friendship built on distrust and tension. Jimbo remained the sound voice, forging his life as one of Centerlawn’s upstanding citizens to this day and by all accounts he’s happy, but as I understand it Streak found himself on the wrong side of the law later in life in a much more serious capacity. I think about three of those compadres every now and again, and especially the night our heinous disregard for law and order altered our relationships. One night, one incident can have a ripple effect on our universal existences, turn friends into acquaintances, but in the end we really only need to answer to ourselves. As for me, well I continued my evil pot smoking ways for a long time to come, had my own minor brushes with the law, but in the end if its true that a persons measure is in their deeds and character, then I’m okay with myself. My deeds, counseling of youths, and assistance to others in need far outweighs all of my minor mistakes. Life is not always easy and all four of us had our share of dark times, but then again, sometimes you need to feel around in the dark for a while in order to appreciate the light. Peace 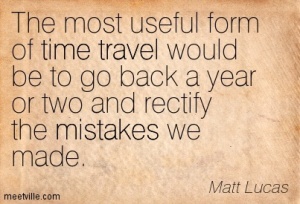 I coulda been a contender
A lifetime full of splendor
But I surrendered
Never made a name
Never found my fame
So who’s to blame?
Take a closer look
At the chances we took

There and back
J.T. Hilltop

We reach a point in life when there is more to look back on than forward to and pause to reflect. Oddly sometimes the ones we felt our closest friends from our carefree days harbor ill will and some we never stopped to get to know as deeply as we could have we learn to be worthy of true friendship. True friends possess the ability to forget the nonsense that youth often brings and remember only the good times, the bonds, the laughs, and the stories of legend from their hometown.

If They Could See Me Now

Perhaps the memory’s not so clear
With flashbacks too selective
Not gonna lose one night of sleep
Some friendships are subjective
(At first it hurt your snubbing culture, you devour gossip like a vulture)

(I get the blame for many a crime, but I ain’t the one serving time)

(I’m sorry you had me at my worst, but no one ever forgets their first)

(Take a closer look at the crew and figure out the one not true. Don’t believe everything you hear Speed)

(To you my blood I always toast, scarecrow you I miss the most)

And then there is JT

Back then we were the brains, the bold, the beauty, the racer, the biker, and the fool on the hill
Now we are the recluse, the criminal, the missing, the lost, the dead, and the dying but still trying. Where we are has nothing to do with where we were but everything to do with who we were. Time to grow up.