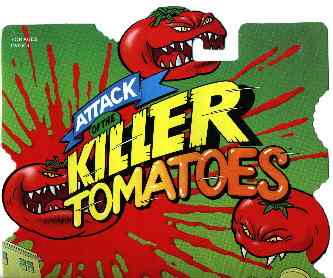 It seems like mere weeks ago we were admiring the fragrant aromas of Spring and all its soft fruity wafts of freshness. Spring was in the air but spring has sprung. Spring has left the building and autumn is in the elevator heading up to the top floor. So now its time to channel the bounty of harvests that autumn yields so regal and powerful. The great pumpkin ready for its Autumn makeover on front stoops, pumpkin pies, and various bread and cake delicacies. In America the starring role of fall treats go to the apples, big or small, crisp or mealy, green or red. Supported by a cast of pears, apricots, and pomegranates, as well as soft and luscious figs, cranberries, and clementines, fall fruits and some veggie faves like carrot and sweet potato many will be making their appearance in loads of recipes. All these marvelous tasty denizens of nature will take center stage on menus everywhere. Of course this ensemble cast of organic delights will be appearing here at Jarets over the next few months in many forms as well.
There is one fruit however that will not make its debut here anytime soon. Left out of both the spring and fall categories of sumptuous fruit is the tomato. That’s right, the confused red headed step son of the fruit family will not be found in a cupcake. Now I admit I am not well versed in botanical history but it seems to me that the tomato is somewhat of an outcast. What dastardly evil deed must the tomato have committed against the vegetable brethren to have it excommunicated and forced to live out its existence living within the fruit family. What heinous crime has the ever popular tomato committed to be sentenced to a life of exile from its rightful place in the vegetable kingdom? Could it be the culprit that made mini cabbages sprout in Brussels? Did the tomato cause the beet to see red, or turn the chards so bitter? What could this star of pizza and pasta possibly have done?
Whatever its infraction it does have a lesser known partner in the crime family of fruits, the green bean. Also techniquely a fruit the green bean seems to get way less notoriety as a mislabeled food. Perhaps its after being force fed this fruit disguised as a vegetable in its most rudimentary pabulum stage when we were Gerber babies leaves us unenthusiastic to its state of being. Perhaps it just flies under the radar or maybe its skinny self has left us a bad taste in our mouths. No matter, neither fruit will ever be found in its rightful place in supermarket produce sections, they will be left to sit amongst veggies and live out their lives ostracized by their fellow fruits who, rightly so, feel betrayed.
But back to the popular hamburger and sandwich accompaniment, our tomato. Let face it, we all treat it as if it is a vegetable. Yet despite being used exclusively in vegetable preparations by culinaryians the scientific community refuses to acknowledge its status as anything other than a savory fruit. Try as it may our androgynous treat looks, tastes, even feels like a vegetable. But alas poor beefsteak, though Horatio knew you well you remain a fruit. Never part of any ensemble cast of fruit flavored candy treats of chewing gums. Never a mention in the jelly bean world. No tomato flavored cough syrup. But that’s like comparing apples to green beans, and that information ain’t worth a hill of oranges.
While I am not usually one to jump on any kind of bandwagons I am ashamed to admit that I too have disregarded its natural born status and used the tomato as nothing other than a lost soul of a vegetable trapped in a fruits body and it will never appear in a cupcake. Did I say never? Here at Jarets Stuffed Cupcakes we never say never!
All things considered the tomato has risen above the pomp and circumstance and taken its place as an edible chameleon and keeps its true identity discrete. Besides, there is one thing the misunderstood vegetablesque fruit can boast amongst those who are aware of its authentic beginnings. It is the center piece of a very wise proverb. Knowledge is understanding that a tomato is actually a fruit and not a vegetable, but wisdom is knowing that the tomato does not belong in your fruit salad. PEACE