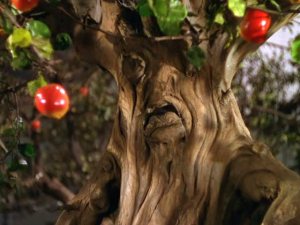 I’m still not sure what I was experiencing or why I was hearing any of this shit at all. I mean if I’m dead then what’s the point. Al the creator was right about one thing though, enquiring minds do want to know. So before I go and become, what was it he said, a comet or a fucking quasar or some shit, or before I wake the fuck up or whatever it is that happens after dying I want to hear what he has to say. “Okay who or whatever you are tell me. What’s the truth and why does it matter to me?”

“Oh JT, maybe it doesn’t matter, or maybe it will bring you closure who knows except you? Maybe you’ll even be that one anomaly of humans to find a way to bring back the information you learn in death to your living world, I really can’t say. At any rate, here’s the truth. I’ll start with your misconception of information. You think you live in the age of information well let me tell you when it comes to information those ferns and plants over there are far more highly evolved as a species than you. Vegetation is not just food, pretty to look at, nice to smell, and a source of energy. Vegetation collects and processes information everyday, all day, gathering information from its environment and any visiting insects or animals that happen by. It gathers information from the sun and converts it into chemical energy including oxygen. Can you photosynthesize JT? Kind of ironic that one of the most highly evolved living things cannot master mobility. Not yet anyway. Even the giant fir trees can communicate to other trees. Once attacked by a horde of hungry insects any tree will emit smells to warn other trees which in turn process that information. The other trees then begin to emit chemical defenses to avert destruction. They can both emit and receive information through aromas. That’s understanding information my boy. Can you do that JT? Can you process the information from chemical aromas and plan a strategy of defense? Animals can process lots of information too and either put up a defense, plan a counter attack, or flee based on the info it receives. Most humans believe logic to be their sole possession but even small animals use logic. You see my boy the real information age came about centuries ago but you humans had your eyes and minds closed because you were too busy warring and destroying in the name of  world domination. Evolution JT, that’s in formation being processed and passed in ways to better each and every species. Ants and bees can communicate to their entire colonies through touch or dance, instantly sharing gigabytes of information to the benefit of the whole group. You idiots can’t even agree on what’s right in front of you, like pollution or climate change. You spend years debating over nature while nature continues to move forward through evolution. That’s real information working its magic.

Bioluminescence, instinct like frantic sea turtles running for safety at birth, these are the kinds of useful information passed along. Knowing their environment and adapting to the changes. A fox sees a squirrel track and understands instantly from the intricacies of that track which direction it’s potential meal is going, about how big it is, and even estimate if its worth chasing or a too much energy wasted in a futile chase. From the aromas it can tell how long ago it was there, what it is, and then form a strategy based on where its going, how far away it is, how long ago it left and decide whether to go after it or look for another meal closer and easier to catch. That’s using information. You use Google and fill your brains with tons of unnecessary information. One day you will fill your heads with so much unnecessary information you won’t be able to grasp what goes on around you in the world at all. Or maybe another evolutionary twist will get you to the point where you only process the info you really need. But better of worse your burning desire to know everything is part of your evolutionary drive. That’s why your species invented religion, to quell that unyielding desire to know why you’re here so you could concentrate on survival. Without the various religions to distract you from the truth your kind would have become extinct while chasing answerless questions eons ago. You would not have been able to form survival strategies if you were in a pointless search for why you were on earth. So religions enabled you to celebrate your superiority on earth so you could process the more important information. The drawback obviously was that the diversity of gods you created led to arguments which eventually spiraled into wars.” Al paused as if exhausted, or maybe he was pissed but either way I was beginning to get it. It was actually beginning to make sense yet I was still not convinced that I wasn’t dreaming this whole mess. “That is pretty fascinating Al, but I was pretty toasted last night and this entire thing seems so unreal. I mean maybe I watched a science show before bed and it made me dream this shit about you and evolution.”

“A dream, eh? Good point! Ever wonder why you dream JT?” The smile on his face seemed almost devious. “Your brain takes all the shit you’ve processed and then messes with you by presenting it in an abstract manner. All day long your brain is very busy collecting information from your nose, ears, eyes, and skin. It has to filter out what’s unimportant, put what is important into memory, and still be ready to make split second decisions on even the most mundane things you do daily. Simple things like washing your hands. While your washing thousands of events are happening right where you are standing. Things you don’t see, or rather don’t notice because your brain views them as insignificant so it doesn’t process them. Maybe it’s a tiny hair strand floating by. Knowing its there is of little use to you and your brain concentrate on more important things. Sounds, smells, and sights are in full force around you all the time, so your brain puts you on memory which to you is like auto pilot, while it continues to search the world around you. It’s a very busy job and it juggles many things at once. The brain loves to work and thrives in busy situations making decisions every split second. Then at night you turn out the lights and go to sleep leaving your brain with little to do, not much in the way of senses to process. Now its almost like your brain is bored while you sleep so it makes up frightening images so scary some people wake up in a sweat. If your brain has been overworked it will make it seem so real you wake up wondering if its really happening or am I dreaming?. Other times it will cause you total confusion by showing you something so ridiculous you’ll wanna pinch yourself when you wake. Most of the time you just wake up so confused all you can think when you do wake up is what the fuck that was all about. You remember your sexual dreams as an adolescent? Okay, I won’t go there, just know your brain really enjoyed fucking with you back then and got your body to respond in kind. As if puberty wasn’t hard enough! Pun intended by the way JT.”

I thought it strange he would make a pun, being a lover of puns myself I know it’s considered a poor mans form of humor. But no time to dwell on why he was punning he was obviously not finished reading me the story of life. “You live in an age of over-information son. I’m here to help you sort through all the bullshit so you can move on and understand your role in the universe. In my universe.” Maybe I was over-reacting, or tired and out of sorts but for some reason the last part stung a little bit. “Your universe? So we’re back on that huh, you’re what, God, Yahweh, Allah. The creator of everything? You look so insignificant, no offense, but I really expected the creator to be a bit more, oh I don’t know, regal and grandeur or some big smoke monster or something.” The diminutive scientist/mathematician smiled. “I’m sorry to disappoint you JT, but as I told you before I am merely a manifestation, an image you have created to fit my role. Universes are created by scientists, not gods. So I appear to you as you envision a scientist. This clipboard is a prop. Have you seen me use it for anything? What do I need a clipboard for. It’s even you talking except when the info is over your head. So blame yourself if you’re disappointed, I’m not here to make you feel good about yourself, I’m here to tell you what you don’t know about yourself. If you don’t want to hear let me know and we’ll call it quits and you can just move on.”