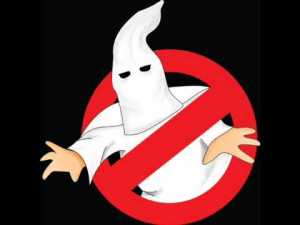 Moral outrage. A personal and emotional switch which turns on and off depending on what disgusts you. It is really simply your conscience expanding and retracting. Bigotry and racism has a way of flipping the switch in the blink of an eye. Both of those seeds grow crops of hatred which will only blossom into violence. In our country we have a long history of racism which today is growing like a cancer, quiet and deadly.

Last night was yet another example of what corrodes our shared values and increases the dividing rift further making us the Un-United States. But lets be serious here, if you find yourself unable to abhor and condemn any group which holds itself superior with a show of violence and force the likes of which we HAVE seen, and as a world united against to defeat, then you are not part of the problem, you are the entirety of the problem. Any asshole can hate and become violent, that’s easy, but to truly believe in and strive for peace is a difficult and noble act which is far more gratifying in the long run. I watch various newscasts to get a large view of things and was very disturbed when one news network went on to say we need to stop categorizing each other in defense of the hate filled mobs, wondered why no one reported on the other sides violence, then categorized the liberal observers as leftists and blamed them for dividing out country.

Name calling should have been left on the playground somewhere around fourth grade. How we all react to these incidences will have a long reaching effect on the future because our children are watching and listening. It may seem they are not paying much attention, but any parent worth their title knows they are silent sponges always trying to process what’s in front of them. Be the example you want to set and rage against racism, bigotry, sexism, and religious persecution in an honorable and respectful way.

As always sisters and brothers, Live and Love in Peace