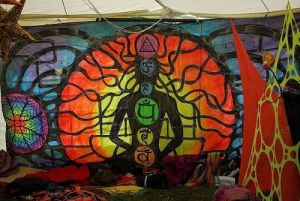 A bright flash followed by an excruciating loud crack bristled across the lake. As I turned toward the sound and flash standing on the water was the shape of a human but it was aflame like a flickering candle wick

“I am here to talk to you about free will. You’ve already seen God, later we will help you to remember her.”

If You Choose To Snooze You Lose