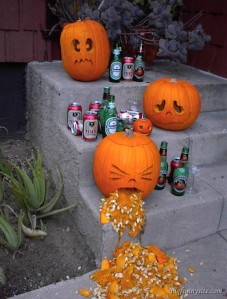 It comes as a surprise to many that Halloween is my least favorite holiday. The Existential baker is basically a fun loving dude who seldom misses an opportunity to party but like most things these days I feel the celebrations and revelry have spun way out of control. Back in the day we donned wafer thin material over our bodies with a hard plastic mask that fastened with a cheap rubber band across the head. That was the costume du jour. Spiderman,. Superman, Beetle Bailey (What?? It was 1st grade and I was impressionable) , whatever, those hard plastic face masks caused massive facial sweating while the slit for the tongue allowed us to dribble spit inside it as well. Those days were fun. Today however, the average costume costs near $30 with a ridiculously expensive $850 dollar collector edition Halo Master Chief taking the prize for most extravagant. Its become a who can outdo who for the best kid costume sparing no expense. Toddlers and tiara’s for a day. The adult costumes are even worse, many going to crazy lengths to be the talk of the ghostown. There are stores which dedicate their entire showrooms for that one holiday. I guess that’s why the begin advertising in August but at any rate in order to be in the height of Halloween fashion one needs to completely transcend just dressing like a goth or a slut. My Mom’s trick was to fool me into thinking I was a hobo by making me wear my older brothers ripped up clothes carrying a pillowcase as she marked my face with a mascara beard. 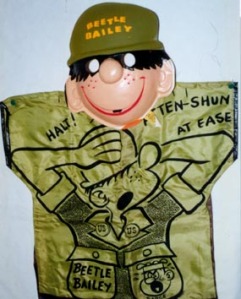 Don’t get me wrong I loved trick or treating as a kid and went to great lengths to choose the perfect costume. I enjoy the fun size bar as much as anyone although today my standards of fun span much more than a half inch of chocolate bar. And of course part of my misspent youth involved some pranks and mischief but in my adolescence I found limiting it to just one day was just inviting trouble. I never did the burning paper bag of dog crap prank but I had my moments. But Halloween is overdone and has been taken to the edge. I mean, how are they gonna top it with the next generation?

With so many of us taking immature adulthood to new heights and responsible parenting to far below sub basement levels perhaps it will become a day set aside for today’s “whats in it for me” irresponsible adults so arrange for a babysitter. Start with a ghost haunting in the home because it would be full of boo’s. Or I mean booze. Picture this, at everyone’s door a stash of alcohol or other happy hour helpers at the ready. We dress up as authority figures, like maybe a mall cop, or “event security” and go door to door with our shot glasses and red solo cups. Ring the bell, and when the owner answers we all yell “Buzz or Beatdown” The owner then either pours a glass of beer or wine, fills a shot glass with their favorite liquor, or places a doob ash side in their mouth and proceeds to give a shotgun of silly smoke all around. I would go with the doob cuz there’s less of a chance of a beatdown from someone stoned than there is with alcohol laden drunkards. At worst a stoner will kick your shin. The occasional home of a chemist or pharmacist may have some prescription drugs or tripping product and everyone in the neighborhood will be sure to stop there before heading home. That would be a hellacious way to celebrate but there will be more sick outs the next day than the ay after the super-bowl.

But its not up to me as to how anyone chooses to celebrate their holiday and my job a it were is to come up with an offering of cupcakes that are themed out for October 31st. So here’s what I have coming up with at Jarets Stuffed Cupcakes for next week. The “Drunkin’ Punkin,” a pumpkins cupcake filled with bourbon pecan custard, “Apple Stumble“, an apple cupcake filled with rum raisin, and for the kids “The Tricking Treat,” a chocolate cupcake with candy corn custard and candied topping.

Have a safe and fun Halloween, enjoy the crazy holiday responsibly and remember, never underestimate the power of a cupcake….Peace