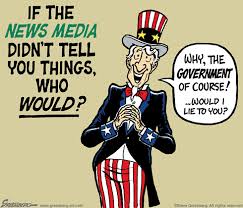 Media stations all over the country are suffering from a bad case of blue reels. Reels and reels of potential video tape footage filled with dreams of screwing Obama. Yes POTUS has gotten his missile standing straight up ready to enter deep into Syria’s labial regions and give news media outfits everywhere a giant orgasm. Fox, CNN, MSNBC, and countless other news organizations that ironically don’t count had shaved their legs and shined them up with sexy graphics of “Obama sends the big one into Syria”
Doe Obama oblige and thrust with all his might into the depths of the middle east causing massive an explosive orgasms? Hell no, Obama plays just the tip, entering enough to get the media outlets wet and moaning in anticipation of a full strike only to leave them hornier than ever and completely unsatisfied never reaching their big story climax.
You would think the news would be happy that a peaceful solution may be found and unnecessary and unwanted death and destruction avoided, but they have a ba case of blue reel now and want someone to screw and they don’t really care at this point who shoves a story up their news alley and frankly they don’t care who they get it from. They don’t want any more foreplay, what they want is a long and hard story that will tickle their libido. Hope they all get the Shaft!