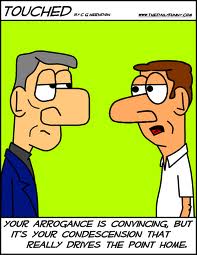 PSA on DICKS awareness
Opinions are like religions, everybody has one. Actually, religions are opinions and that’s why we hate the holy piety pushers as much as the opinionated asses. Imagine if someone came knocking at your door to tell you if you vote for gun control you will burn in hell? But some people feel an obligation to spread, even threaten everlasting damnation in the name of their faith, or let everyone else know how wrong and ignorant they are on political issues. In the end religion can’t be proven so its an opinion. Is Jesus is the son of God, did Moses lead your people from Egypt, or has Allah spoken to Mohammed. Vishnu, Krishna, Siddhartha, whoever the god of the moment its only an opinion. I suppose that’s why religion is as hotly debated as right and left wing politics.
Religion and opinions can be of value when used properly. For many people religion is the only hope they have and a good political debate can shine a light on both sides of an emotional coin. But forcing your opinion or religion on someone else makes one a condescending arrogant asshole. But studies have shown that this may not be their fault, they may have little to no control over how they air their opinions or religious beliefs in either public or on the internet. Someone who suffers from this may be actually have an obscure disease called Delusional Idiots and Conceited Know-it-all Syndrome (DICKS), in which they have a compulsion to inject their faith and/or opinion into every forum. Very often they feel compelled to force their political opinions or core faith values in every social media post. Here’s some examples:

I) Post- “Had a wonderful trip down memory lane visiting my old hometown.” Mostly lots of happy replies, but one suffering DICKS may add, “It used to be a great before all those lazy illegal’s moved in.” or “Too many shootings there these days, but if they want to shoot each other they will find guns anyway so don‘t take away my guns, a law won‘t change anything.” Delete that shit.
2) Post- “Just got back from the hospital and feeling much better.” Most responses are supportive, but someone with DICKS may say “You wouldn’t feel so bad if it wasn’t for Obamacare, he’s ruining the nation with his socialism” Delete that shit
3) Post- “Had a great time at Busch Gardens.” DICKS.. “Garden my ass, Bush knew about the attacks all along and did nothing. The worst president ever!! Delete that shit
4) Post “I am so happy for my son, he is now able to legally marry the man he loves” Friends will join in a celebration without judgment but a DICKS challenged person will say “The bible says a man can not lie with another man as he would a woman. Homosexuality is an abomination”, conviently leaving out the parts of the bible about killing one who does, loving each other, or all children being gods children. Delete that blasphemes shit
5) Post-“Wahooo…just won ten thousand bucks in the lottery!” Normal folks happy but DICKS “Well God must have wanted you to win for some reason. Why he chose a sinner like you is beyond me, you’re going straight to hell. Unless of course you convert, you can start by donating to my church“…Delete that shit.

Anyway, you get the idea, and I’m sure you know someone who feels compelled to blame the worlds problems on a Liberal Socialist trying to ruin our country, or an out of touch Conservative who wants to go back to the fifties. Or you know someone who praises god every time fortune blows its fate their way but curses the lousy horoscope of the day.
I love a debate, but a true debate involves open minded people expressing views on a particular subject in a civil manner. But these poor afflicted individuals enter into debates uninvited and unaware that their minds have already been made up and no further discussion is needed. Doctors advise that you not engage these misguided assholes, but do your best to ignore them. They won’t go away, but you can have fun watching them get really pissed off when no one cares, listens, or responds. Here are some of the warning signs of early onset of DICKS:

1. People afflicted with DICKS believe that the universe exists only for their enjoyment
2. DICKS is often accompanied by a compulsion to watch opinion based TV shows disguised as All News Networks
3. People suffering with DICKS give out free advice but are incapable off following any.
4. Often acting as judge jury and executioner the poor schmuck with DICKS feels there is never justice.
5. People with DICKS very often begin their statements with line like, “I’m not a racist but…or Wake up! If you really knew what was going on…”

These are a few of the warning signs but in general doctors recommend avoiding people that have a tendency towards narcissism or project an over inflated ego. The best way to keep DICKS out of your life is to avoid them at all costs and not engage them. Chronic sufferers should be unfriended or at the very least hidden so as not to infect your real friends who are not DICKS and enjoy your time on Facebook, Twitter, Instagram, or any other medium these sick individuals tend to frequent. Remember, these individuals are ill and the disease causes them to stalk the internet in search of arguments, and if they can‘t find one will turn an innocent thread into a political or religious statement. They may friend you, your friends, or other people or groups just to have an opportunity to debase others so beware. Finally be patient, and as hard as it may be do not, I repeat DO NOT use sarcasm. They seldom understand it, it seems to go over their heads, and it only frustrates them inflaming their condition causing them to become even bigger DICKS than they already are. Don’t let this obscure disease ruin your good times. IGNORE, UNFRIEND, and continue to live a good life without them. Peace….