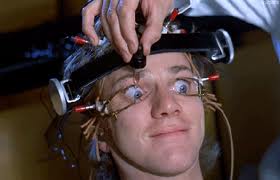 I was raised to believe that hard work and determination will reward me with success. Bullshit! Those days are long gone, the rules have changed. The workplace isn’t the arena for making big bucks nowadays unless you can wrestle up a sexual harassment suit from HR. Legal manipulation is the easiest path to the top today. Anything but hard work man, that shits for suckers.
Think you got what it takes to make it in music? Don’t bust your ass playing in low income gigs and performing all week long. Get yourself on a competition game show. Can you whistle happy birthday through your nose? Fuck yea baby, that’s good enough to get you on a talent challenge. Fuck the winning prize money what you want is to get noticed. Be an asshole or a bitch and they’ll come looking to sign you up for or a new show. All you need do today is be a character and sell your shitty self absorbed personality. We’ll pay for it because Barnum was wrong, there isn’t a sucker born every minute suckers multiply by the second when they watch reality TV. Just check out the prime time TV listings and choose where you fit in. A backwoods idiot, white trash toddler, a catty rich housewife or mob or rap star wife, bad girl, crazy masochist boy, Jersey Shore loser, the list goes on. Apparently our lives are so boring we’ve become desperate to peek in on the lives of losers who live in constant drama or are such assholes they command our attention.
I don’t know, maybe we just want to know that there are bigger assholes in this world than us. I must admit when I’m driving I’m often guilty of this. If the person in front of me pulls an asshole move I feel compelled to stare inside their car as I pass. Almost as if I need to see exactly what an asshole driver looks like so I can avoid looking like one myself. Or perhaps I need to be able to recognize the facial features of idiot driver o I can avoid them off the road as well.
But whatever it is the American television viewing public seems transfixed on other peoples lives whether its watching them get drunk and act stupid, have a meltdown in public, trash talk their BFF’s, or just be out of place billionaires like the ones that made their fortune making duck calls. I watched that one for five minutes and I’ve had a recurring nightmare of being chased in a swamp by living chia pet people. But that’s what the people want, so that’s what the networks give them
As for me I have more than enough stress and drama in my own life to want to see someone else go through theirs. I‘m much more comfortable with serial killers, crooked cops, and horny doctors and interns. But creative stories with actual professional actors is more costly and a lot more work so the networks are more than happy to bring you bullshit competitions and real life drama they insist are unscripted.
Sit com? Here’s an idea for a new sitcom, a stereotype of an idiot male, a stereotype of a suburban wife, a gay family member, a minority thrown in for laughs, and a precocious little kid. Put them in situations so bizarre it couldn’t happen in anyone lifetime, allow some mispronunciation of words, let the male do something stupid while the female get pissed. In the end the buffoon of a husband can do something that makes everyone go “awwwww” because for a dope its so thoughtful, and you have a sit com. Maybe not original but it works. In comedy these days its one size fits all, no room for intelligent comedies anymore, moronic is what sells.
The funny thing is all the while the same viewers are constantly complaining about how much coverage celebrities get when they fuck up. Look at Lindsay Lohan, more well know from her antics in public than any of her movies. Amanda Bynes, Kardashians, Charlie Sheen, anyone who screws up in real life gets away with all kinds of shit. Whenever they get the coverage people seem outraged that they make news. Hello!! It wouldn’t be news if people didn’t pay attention so stop paying attention.
When I was a kid the TV was called an idiot box, or boob tube because watching for hours drained us of our capacity for critical thinking or cognitive thought. Now the kids that were transfixed by the pixilated screen are the ones creating this boring and irrelevant television. The boob part of boob tube is how much boob showing they can get away with the deterioration of the programming in general is idiotic. I truly hope the up and coming generation can somehow get away from the bullshit that has become modern TV, and pay attention to what the fuck is going on in the world, because its their world. When people talk about my era, the 60’s, it consistent with drugs, and riots, war, and dissonance. What’s forgotten is the cosmic language we all spoke back then, the language of hope. It wasn’t only King who has a dream, we all did, and if anything I seriously hope the young generation watches the stories surrounding the 50th anniversary of the single most important moment in civil rights history and learn…..PEACE