All I Need To Know I Learned In The Poolhall 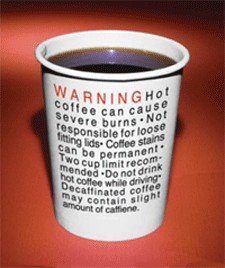 There once was a man from my nation, who sought to get rich through slick litigation, no wrong had been done, but yet he still won….he made his fortune in false allegation.
Wanna get rich? Not through hard work or perseverance that the old school way not the new American way. You don’t need to work hard for your living or sleep your way to the top anymore, now its fashionable to sue your way to the top. That’s right folks, you too can become rich without working hard. And its perfectly legal. In fact, legal is how you do it. Frivolous litigation is the new American sport and courtrooms are the arena’s. It’s the ultimate get rich quick scheme. Find a dumb law or a common sende negligence and exploit it. You can burn your leg spilling hot coffee or sue them if its too cold to drink. Either way you win and you can sue someone’s ass off. With a slick lawyer you can even keep their ass in the settlement. You need not even hold on to said ass merely put it on e-bay and somewhere out there some ass collecting or ass kissing sucker will buy it. And you can build on your monetary empire with a little creativity. Maybe a new reality show starring you, “Are you smarter than my sheister lawyer?”

It’s a completion where the three judges, Judy, Wapner, and Milian wear actual robes and their word is final. Milian is the drama queen judge who no one can understand, Wapner is the “Nice judge” and of course Judy is the bitch who goes around notarizing tongues and STILL doesn’t believe anyone. The contestants can sue over anything as long as its frivolous or absurdly ridiculous and the winner gets a successful litigation reward in the millions.

First contestant, Buffet Betty burnt her tongue on hot food. But was it clearly marked as “extremely hot” of did it just warn as hot? The next contestant, Sassoon Sam, has a case against a hairdryer company. No where on the label, box, or even the hairdryer itself does it say “Do Not Use In Shower” yet still this man’s wife was electrocuted using their product while rinsing. Clearly negligent instructions! Our third contestant, Dry Cleaner Dude is here to sue a dry cleaners for 10 million dollars for losing his suit because it was his lucky suit and he was going to play lotto and win the 10 million. Forth and final contestant, Nerd Nick is suing a vodka company for false advertising because his party was not filled with beautiful and sexy women like their ad promises. Obvious false advertising if ever there was!

Round one two eliminations. After a round of questions by the presiding judges, it was discovered that the Sassoon Sam actually tossed the hair dryer in the shower while his estranged wife was showering and he was eliminated. The judges had a lot of laughs over this one as Sam wa led out in handcuffs. Next to go was Buffet Betty. While the food at the buffet was clearly not marked extremely hot, a waiter for the buffet company produced a phone picture of Betty heating the spoon of food directly over the flame of the sterno. The judges were not a amused this time and gave Betty a serious lecture before letting the Buffet company counter-sue for fraud.

Down to two contestants and it’s a close one. The Nerd Nic supplied lots of photos of his very lame looking party with the vodka everywhere. Not a sexy or even attractive female among his guests an clearly nothing even close to the advertisement.Her is looking like the fron-runner right now, Dry Cleaner Dude is gonna have to step it up now.DCD produced video proof that the ten million dollar winning lotto ticket was purchased at the store he always uses and indeed on at least five occassions was wearing the lucky suit. The final round begins.

First up is Nerd Nick who pleads his case showing much evidence but seems to be losing the judges favors. Wapner told him the party looked fun and he saw some people smiling, and the man reluctantly admitted people were happy, but claimed it was because they were drunk off their asses. Judy went for the jugular telling Nick he’s ugly himself so how does he expect anyone to want sex with him. EVER! The crowd boo’s its disapproval at Judy‘s meanness but she stares them down mumbling “the truth hurts.” It doesn’t look good for Nick an now all of a sudden and the crowd is tense.. Next Dry Cleaner Dude is up, and shows video evidence of him buying lotto tickets in the store wearing the suit in question. It was supplied by the store owner and it hard to refute video evidence. After a round of idiotic questions with Wapner and Milian everyone wonders why Milian is even there. Suddenly Dry Cleaner Dude looks in good shape for the win. Judy makes a comment about whether he could still fit into the suit because he looked much thinner in the videotape. The crowd really loves to hate this judge, but its still looking good for the dry cleaner dude.
Cannon Watercrest entertains the crowd with some cute popular anecdotes and the camera pans to the judges who all appear to be drinking from a cup clearly marked with the logo of their sponsor. Cannon tells a few more jokes and we go to the judges. Wapner is even friendlier than usual and claims both have a good case and he can’t decide. Milian adds nothing and were down to Judy who is slurring her accusations.

Judy awards Dry Cleaner Dude with ten million for losses because he proved his case of the missing suit, and admonished Nerd Nick for wasting the courts time instead of getting the judges wasted the way the vodka company had. It is revealed that in the clearly marked sponsor logo cups were filled with vodka supplied by the vodka’s parent company, a well known condom corporation with ties to the Vatican. Everyone laughs except Nerd Nick who brings a new suit against the television station, its writers, producers and key grip, as well as all three judges and their families who he accuses of conspiring. His effort to incriminate the studio audience was not considered frivolous enough because he did not include their firstborns, so he had to be happy with just that. But not as happy as his rich lawyers, who have now become wealthy and corrupt enough to enter politics…….PEACE